Foscadh Housing is excited to announce the appointment of Sara Louisa Nolan to the Loving Life Choir to work with the children for movement, interpretation and performance.

Sara has performed throughout the world in many genres including cabaret, musical theatre, rock ‘n roll, choral and ceremonial. She has also worked with 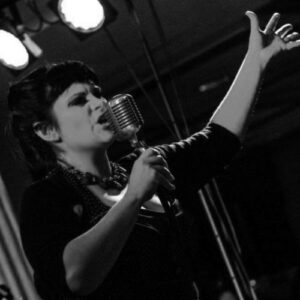 schools in Ireland and internationally, and has taught singing, musical theatre, and speech and drama for organisations including Songschool, IMRO, Malta Services, UCA, LA Dance and Kidkast. She is the current Head of Vocal Studies at The College of Dance in Ireland.

Sara has written and taught arrangements performed in prestigious theatres throughout Ireland including The Helix and the O Reilly. She has also directed shows and choral arrangements in the TLT theatre including Sleeping Beauty, Cinderella, Oliver and currently The Wizard of Oz.

Sara completed a Theatre Studies NCVA in Ireland before furthering her training at De Montfort University in the United Kingdom. Sarah completed grades through The Royal Irish Academy of Music and has obtained a diploma in Musical Theatre with the London College of Music.

We are delighted to welcome Sara onboard and are very much looking forward to her working with the choir to develop presence onstage and in the choir’s upcoming short film, “What About Us.”

This website or its third-party tools use cookies, which are necessary to its functioning and required to achieve the purposes illustrated in the cookie policy. If you want to know more or withdraw your consent to all or some of the cookies, please refer to the cookie policy. By closing this banner, scrolling this page, clicking a link or continuing to browse otherwise, you agree to the use of cookies.